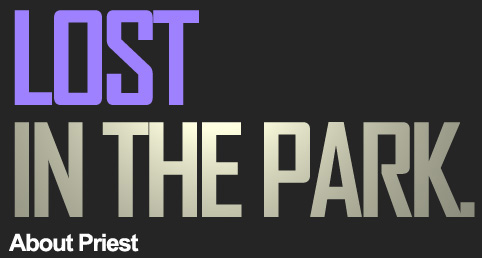 52, is a critically acclaimed novelist and comic book writer. Priest is

the first African-American writer and editor to work in the comic book industry. His groundbreaking Black Panther series was lauded by Entertainment Weekly and The Village Voice. Static Shock, which Priest co-created with Milestone Media, Inc., has become the first nationally syndicated African American super-hero animated series, and the first act of 2005's Batman Begins was largely based upon Priest's Batman comic book work. Priest has also written and recorded numerous songs and served as producer and sideman for various bands and choirs, and has developed numerous properties for Hollywood including projects with former BET President Reginald Hudlin, Hamm & Kitchens, Inc., Edward R. Pressman Productions Inc. and Eddie Murphy Productions. He currently serves as a Baptist pastor in Colorado Springs, where he founded PraiseNet Electronic Media in 2001. Priest is a 4-time American Advertising Federation Addy® award winner for graphic and web design. His most current comics work was the hit series Captain America & The Falcon from Marvel Entertainment, and a trio of Green Lantern novels from iBooks/Simon & Schuster. Please do not call him “Chris.”

I did a Google search for something or another and turned up a message board comment referring to me as, “Well-known crackpot Christopher Priest said thus and so…” Crackpot? *scratches head* When did I become a crackpot? I wasn’t so much insulted as I was puzzled. I mean, of all the insults to hurl at me, “crackpot”? I did snicker, though: at least I was “well-known.” I never really think much about being well-known. Here in town, I'm just another displaced resident in a military town known for its transient population. Very few people are even aware I used to be a comic book writer and precious few who are understand what that means. For months at a time I completely forget that part of my life, until I get an interview request or the latest harangue from British Science Fiction Author Christopher Priest who is, I suppose, rightfully irritated by fans confusing the two of us.

For those who don't know, I changed my last name 18 years ago, long before I'd ever heard of the UK author, and stopped calling myself "Jim." Nobody in my life ever called me "Jim" except comic book people. Everybody else, from cradle to hospice, has always called me "Chris" or "Christopher." The change was not frivolous. It had absolutely nothing to do with anybody else by that name (and there are at least three guys named "Christopher Priest" here in this small town, whom I presume Mr. Priest is also bothering). It is not a pen name. It's on my Social Security card and my driver's license. And I am exhausted over the attention comics fans give to what is not a huge deal: people change their names all the time. Most women we know have had two or three names. It's been almost two decades now. I haven't published in more than five years. Let it go.

Beyond that, I've never understood the fan penchant for hostility. I get email from people who liked my work and from those who hated it. Now, I don't mind people disliking my work, I often dislike my work. It just puzzles me why disliking something I've written means you feel pressed to insult me personally. It's not enough to say, "Boy, did that Green Lantern story suck." The fringe crowd usually writes, "Boy, did that Green Lantern story suck, and you're an idiot and your mother is ugly." See, that part I don't get. But it's always unnerving to realize who your audience is.

Will I ever write comics again? Yes, no, maybe, I don't know. It is not, for me, a pressing question. Fans seem to think I'm sending out proposals and making phone calls and so forth. I'm not. Every blue moon I talk to somebody about things I want to do, they say no, we want you to do this other thing, I say no, and then get distracted by a bumble bee. Another eighteen months go by. There are certainly things I'd like to do, and I presume I'll eventually get around to doing them, but I'm no longer engaged by things that don't interest me. Beyond that. I'd like to be approached as a writer rather than as a black writer. The possible exception would be if one of the majors or even one of the independents wanted to get serious about engaging the Black or Latino markets--I'd be in for that. Until then, I'm living this other life and doing other things. Less well-known, but still a crackpot.

The Busboy
The Concrete Jungle Revisited
Jingle This: My Ongoing Feud
With The Yuletide Season
Why I Stopped Writing Comics