I wrote this novel in five days.

Actually, I wrote a much longer novel in five days, but trimmed about a third of it in subsequent rewrites. Then I stuck it in a drawer for twenty years. There were many reasons for that, abject laziness being not the least of them. I did shop the book a little, but the manuscript was rejected as unpublishable because it is, essentially, a murder mystery narrated by the victim. I’m not sure why some editors found that narrative device to be so objectionable, but I liked my little story and was unwilling to change it, so back in the drawer it went.

Now, with the advent of self-publishing, I am discovering avenues for all manner of things my agent could not; work for which I have a fondness regardless of its commercial value. If you’re reading this, or even just previewing it online, I’d like to thank you for your interest in the uninteresting; in work professionals have assured me has absolutely no value.

A major plot error: at the time I wrote this, I’d assumed Roosevelt Island was part of Queens, which it is not. Roosevelt Island is actually part of Manhattan and, thus, the Queens County prosecutor would not be handling the murder case. Roosevelt Island is owned by the city, but was leased to the state of New York’s Urban Development Corporation in 1969 for 99 years. The NYPD would not be investigating the Quentin Blacque murder at all; that case would have been handled by the Roosevelt Island Department of Public Safety or RIPS, who would likely have referred it to the New York State Police. I may someday perform the extensive rewriting necessary to correct this inaccuracy, but I doubt it.

I should mention, to my Christian friends, that this work was written long before I made any formal commitment to ministry, hence all the cussing and sexual content. Prepping for publication in 2015, I struggled with issues of artistic integrity impacting personal testimony and, in the end, chose to preserve the artistic expression as originally intended rather than have it reflect who I am now or speak for me, something this little pop story was never intended to do.

I've published it under the name "James Priest" to avoid further confusion with the British novelist Christopher Priest, whom I am quite certain has been driven insane from typing, "No, I don't write Black Panther" thousands of times. 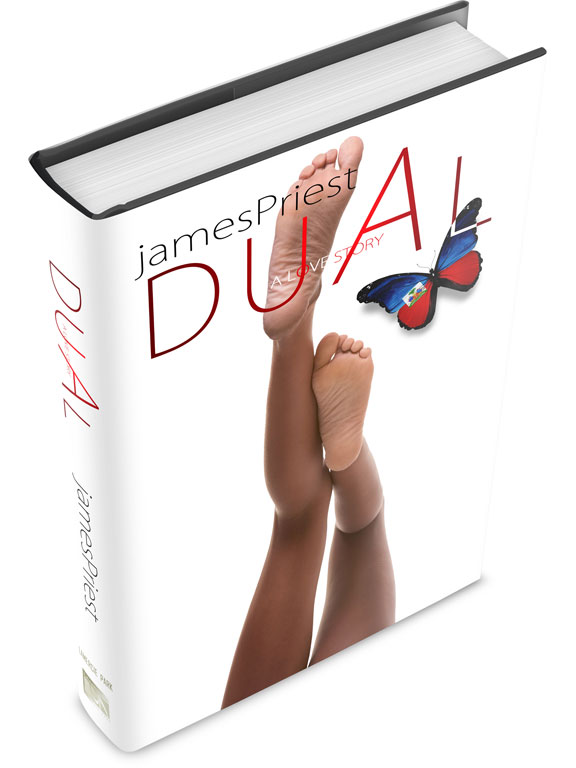 A murder mystery narrated by the victim, Dual: A Love Story concerns Gerry Martinez, a New York City police detective assigned to the Queens County Prosecutor’s Office, who is investigating the murder of a New York photographer, committed presumably by his wife. Complicating matters, the wife has a twin, a virtual clone down to her DNA, and the prosecution’s challenge is to definitively prove which of the exotically beautiful twins committed the murder. Gerry finds himself drawn into a deepening mystery involving a large, politically connected family hiding a closely-held secret they are all willing to lie and, possibly, kill to protect. Gerry runs afoul of the U.S. State Department and incurs the wrath of a mysterious death squad who come gunning for him as he begins to unravel the mystery the family is so determined to hide. In the midst of it all, Gerry finds himself inescapably drawn first to one of the twins, then the other; discovering that, to fall in love with one is to fall in love with them both. And, falling in love with them both can get you killed.

This novel was inspired by the late Elmore Leonard’s eclectic humanism; a kind of gathering of imbeciles from which description the antihero himself is not excluded. As with my previous work, Zion, we again visit the theme of love—love as part of the supporting cast—and the myriad ways this particular form of insanity can derail lives or, in this specific case, entire countries. I am not, in any way, counting Mr. Leonard as any sort of peer; I am, after all, just a comic book guy stirring a toe in the pool of novelists. I’m just saying Leonard’s work is amazing fun and it is the voice I am, in my own way, echoing by this (literal) dead man’s tale.

I wrote Dual before the devastating 2010 earthquake in Haiti. It is set in the year 1994, which was roughly the time period in which the book was written, mainly because I’m too lazy to do a complete rewrite with respect to what Haiti is now: a deeply troubled nation beset by unimagined horrors. The best way to demonstrate the horror that country continues, to this day, to experience is not to show endless images of shrieking, hysterical people and piles of dead bodies. The media’s gory and often gratuitous exploitation really doesn’t tell the story. Don’t show the death there, show the life there, and why that life has worth and value.

America’s troubled history with Haiti seems mostly about its proximity. I mean, we seem perfectly content to ignore the unfathomable ongoing rape, torture and massacre in Darfur, numbers which dwarf the horror in Haiti. But, in 2010, we were in Haiti Overload, holding rallies and candlelight vigils and bake sales. Where’s our bake sale for Darfur? For the Congo? And, how long will our compassion last?

Five years after the disaster, Haiti is barely mentioned. Billions in aid have become ensnared in bureaucratic posturing, never reaching those who need it most. Millions still live in flimsy tent cities with poor sanitation, suffering rampant disease, crime, and rape at-will, performed in many cases by the very men hired to protect the homeless.

The disaster in Haiti is far from over; it is still very much a disaster, exacerbated all the more by illiteracy which breeds the kind of hateful ignorance that seeds the kind of rampant corruption that has greedy men and women lining their pockets, growing fat off of foreign aid, while allowing precious little of that resource to reach the poor.

America has become indefatigably petulant, demanding quick solutions to challenges which require both our resolve and our determination. Nation building, as we have practiced it to the extent of an incomprehensible national deficit, takes not only years but generations to achieve real change. America has little motivation to invest in Haiti, the western region of the Island of Hispaniola, which presents no strategic or economic value for us.

We are instant gratification junkies: how long will we—can we—tune in for the Misery In Haiti report? How long before we turn on the Haitians, blaming them for their own earthquake and for not having instantly built brand-new homes for their displaced millions? We are conditioned to expect this plotline to be wrapped up by the last commercial break; our patience is virtually nonexistent.

The difference between a short-lived Haiti Fad (2010) and the beginning of a new understanding and new hope for that beleaguered nation rests completely in our determination to invest ourselves. Five years later, I’ve yet to see much evidence we are prepared to do that.

I certainly encourage us all to pray; pray for these wonderful, warm, friendly, loving, lyrical, mysterious, almost magical people I have grown to know and love and be loved by. Beyond that, I’d encourage us all to give of ourselves, give of our spirit: take interest, ask questions, raise our voices. Preach but, even better, teach, for enlightenment is the only true remedy for ignorance; and ignorance is both self-replicating and self-financing.

The Kindle version is on sale for only $4.95 and can be downloaded here, and you don't need to own a Kindle (or even a tablet) to read it. If you grab it, please do me a solid and post a comment on Amazon, let me know what you think. 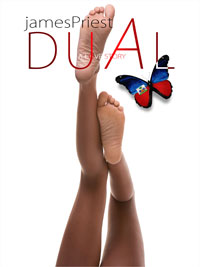 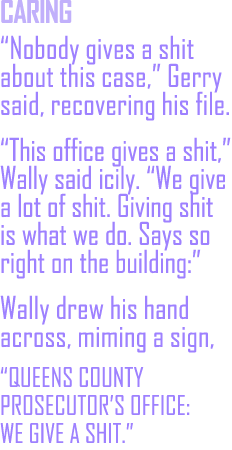 Monozygotic twins are genetically nearly identical and they are always the same sex unless there has been a mutation during development. The children of monozygotic twins test genetically as half-siblings (or full siblings, if a pair of monozygotic twins reproduces with another pair or with the same person), rather than first cousins. Identical twins do not have the same fingerprints, due to the fact that even in a small space inside the womb, people have contact with different parts of this environment, which gives small variations in the same digital, making them unique.[23] Monozygotic twins always have different phenotypes. Normally due to an environmental factor or the deactivation of different X chromosomes in female monozygotic twins, and in some extremely rare cases, due to aneuploidy, twins may express different sexual phenotypes, normally from an XXY Klinefelter syndrome zygote splitting unevenly.

Monozygotic twins, although genetically very similar, are not genetically exactly the same. A study, carried out in November 2012,[27] provided evidence that genetic mutations can occur during embryonic cell-division (after the point of fertilization), and that they occur at a much greater frequency than previously thought. Mutations such as these occur randomly in the DNA of monozygotic twin embryos after the splitting of the embryo, creating numerous differences in the genetic code of the twin embryos. The researchers studied 92 pairs of monozygotic twins, and they were able to estimate that on average, a pair of monozygotic twins will have about 360 genetic differences that occurred very early in fetal development. These genetic differences that occur very early in fetal development will be present in a very large proportion of body cells. Such mutational differences can, in theory, occur at any point during life, but those that occur at a later stage will be present in a much smaller proportion of body cells.

Another cause of difference between monozygotic twins is epigenetic modification, caused by differing environmental influences throughout their lives. Epigenetics refers to the level of activity of any particular gene. A gene may become switched on, switched off, or could become partially switched on or off in an individual. This epigenetic modification is triggered by environmental events. Monozygotic twins can have markedly different epigenetic profiles. A study of 80 pairs of monozygotic twins ranging in age from three to 74 showed that the youngest twins have relatively few epigenetic differences. The number of epigenetic differences increases with age. Fifty-year-old twins had over three times the epigenetic difference of three-year-old twins. Twins who had spent their lives apart (such as those adopted by two different sets of parents at birth) had the greatest difference.[28] However, certain characteristics become more alike as twins age, such as IQ and personality. This phenomenon illustrates the influence of genetics in many aspects of human characteristics and behavior.

A 1981 study of a deceased triploid XXX twin fetus without a heart showed that although its fetal development suggested that it was an identical twin, as it shared a placenta with its healthy twin, tests revealed that it was probably a polar body twin. The authors were unable to predict whether a healthy fetus could result from a polar body twinning.[32] In 2003, a study argued that many cases of triploidity arise from semi-identical twinning.[33] In 2007, a study reported a case of a pair of living twins, one intersex and one a phenotypical male. The twins were both found to be chimeras and to share all of their maternal DNA but only half of their father's DNA. The exact mechanism of fertilization could not be determined but the study stated that it was unlikely to be a case of polar body twinning.