For more than two decades he has petitioned the governor

and received a drawerful of legal forms and denials for his trouble. The Reverend Promise Y. Lee, Th.M., pastor and founder of the Relevant Word Christian Cultural Center in Colorado Springs, spent the formative years of his adolescence in general population at one of Colorado's maximum security prisons. Pardoned: A Judicial Memoir is a true story of a 15-year old convicted of second-degree murder and left to fend for himself among hardened criminals and predators within America's penal system. Written by my friend, Promise Lee, Pardoned is in development as an independent film project, and I’ve helped out with some early draft scripting.

The book is less than 200 pages but they are 200 very dense pages spanning a very complex lifetime. Additionally, I was hampered by my intimate knowledge of and respect for the person I was writing, which actually made the writing more difficult. Promise is not a verbose person. He is a contemplative and deeply spiritual person. Our afternoons can often resolve into silence as he kind of Zens out. This used to make me very nervous, but as I grew to know him, I realized he wasn’t a guy who needed to fill every moment with idle chatter. So when those gaps came, I just let ‘em come. Most people travel around with the radio blaring or talking on the pone. I blew a fuse in my car stereo maybe five years ago and keep forgetting to get it fixed. I use drive time to take out the mental trash, to sort through the debris in my head. I cherish quiet like it was gold bullion. Promise is much the same way.

It would be easier to portray him with fast-talking clever dialogue, but that’s not who he is. In the book, he’s talking throughout because he is telling his story. You can only do but so much of that in film, so I was confronted with having to write complexity into a character who rarely spoke, and who was certainly not going to examine that complexity in any way meaningful to the audience. 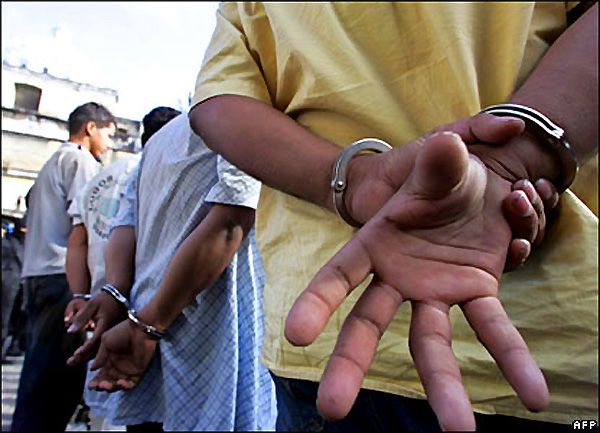 There are, maybe, two dozen stories in the book. A film gives you time to tell one. I’m not sure Promise understood this initially, as his thinking seemed to be, “How hard can this be? The book's only 200 pages.” Average screenplay needs to be under 120 pages, so, just lop off 80 pages and type it up. He didn’t literally say that, but that’s the initial picture. The problem is, the writing in the book is so dense that each page could be five or even ten pages of screenplay. The book will be much richer and much more in-depth than any 90-minute film could possibly do justice to.

Additionally, the book spends most of its pages dealing with Promise’s life in prison. This was a fork in the road in terms of what we individually thought the movie was about. I didn’t want to write a prison film. I think audiences have seen so much of that that, unless we have space aliens bust him out, I’m not sure we could write something that would justify focusing on his prison experience that would be commercially viable.

I thought the movie should be about shattered expectations, including those of the audience. The audience will expect Promise to emerge from prison a new man, having found Jesus or Allah or Bugs Bunny in the joint, now he’s out and changed for the better. This is the fairy tale we’ve been fed all our lives, why we call these places “rehabilitation facilities.” They’re not. They are places of punishment. They destroy the mind and corrupt the soul. As bad as Promise was before prison, he emerged from that experience exponentially more dangerous.

If I had my way, I’d skip prison entirely, breaking the second act with Promise on a bus after his parole, which skips almost half the narrative in the book. His post-incarceration disconnect from humanity, society and even reality is a tragic and heartbreaking story, and the dynamics of his ultimate turnaround—wherein the former dope dealer ends up being a kind of Christian Batman, literally confronting very dangerous drug dealers and chasing them out of his neighborhood—is fascinating. 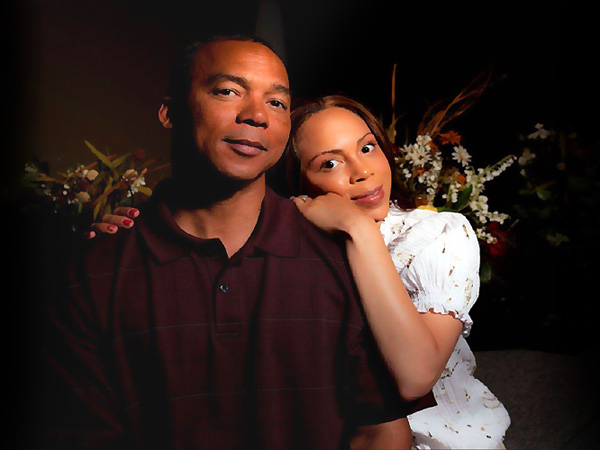 The Days After Tomorrow

Lee ends up being cited by Vice President Al Gore for his amazing community service and building a Christian cultural center right in the heart of those former badlands. But one success continues to elude him: his ongoing petition for an official pardon for his conviction. His was a reckless, thoughtless and heinous act which took place under threat and in the context of other criminal activity. Justified or not, most any other 15-year old would have been given a second chance at life. Had Lee gone to trial, he would at the very least have been afforded a more complete airing of the details of those complex events. Rather than the conventional urban legend that Lee simply killed a white boy for no apparent reason, a trial would have, at minimum, underscored that it was Lee who was the boy, the victim an adult who was threatening him.

Belying all the subsequent good Lee has done for the community is his continued efforts to see that record corrected.

by Earl Ofari Hutchinson, The Grio

The stock argument against a blanket prohibition against the tough sentencing for juveniles tried and sentenced as adults is that violence is violence no matter the age of the perpetrator, and that the punishment must be severe to deter crime. Prosecutors and courts in the states that convict and impose no-parole life sentences and other long term sentences on juvenile offenders have vigorously rejected challenges that the sentences are a violation of the constitutional prohibition against cruel and unusual punishment.

Hollywood sensationalism and media-driven myths about rampaging youth -- not to mention the very real horror stories of gang violence and young persons who do commit horrendous crimes -- also reinforce the popular notion that juveniles are violent predators. This has done much to damp down public sentiment that juvenile offenders can be helped with treatment and rehabilitation and deserve a second chance rather than a prison cell for life.

This is not to minimize the pain, suffering and trauma juvenile offenders cause with their crimes to victims and their loved ones. However, a society that slaps the irrevocable punishment of life without parole on juveniles sends the terrible message that it has thrown in the towel on turning the lives of young offenders around.

Supreme Court Justice Anthony Kennedy said as much in his majority opinion that scrapped teen executions. Kennedy noted that, "the punishment of life imprisonment without the possibility of parole is itself a severe sanction, in particular for a young person." He also used virtually the same words when he noted in the majority ruling on banning no parole life terms for juveniles that the sentence deprives them of "an opportunity" for release.

Kennedy acknowledged, as have legions of child violence experts, that juveniles don't have the same maturity, judgment, or emotional development as adults. Many child experts agree that children are not natural-born predators and that, if given proper treatment, counseling, skills training and education, most juvenile offenders can be turned into productive adults.